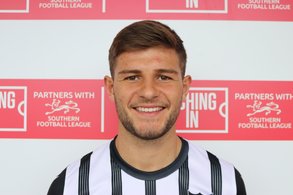 Club captain Harry Rush joined Hanwell Town in 2019 after being picked up at an Under 23 game. Harry was made captain of the Geordies aged 22, making him one of the youngest captains the club has had.Playing over 100 games for Hanwell Town, Harry is a fantastic captain and a quality player. 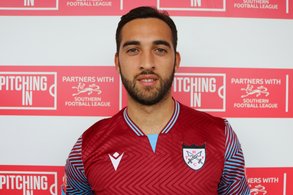 Heading in to his fourth season with Hanwell, Hugo joined from Windsor where he played for 4 seasons, 2 of those as Club Captain. Prior to Windsor, Hugo was at a number of academies such as Reading, QPR, Crystal Palace as well as Chelsea where he played for 3 seasons along with England stars Mason Mount and Declan Rice. A strong, commanding keeper who distributes balls with pin point precision. 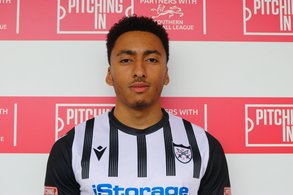 Another new signing. Kain has previously played for Staines Town and Ashford Town. After a strong pre season we look forward to seeing what Kain can bring to the side. 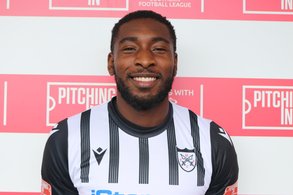 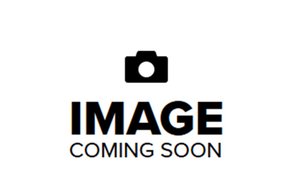 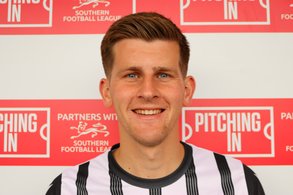 Calum began playing for Hanwell Town when he was just 16, at this point we were a Step 5 club! After promotion to Step 4 in 2014, Calum continued to play under the management of his father Ray Duffy until 2018, when Ray retired. Calum moved on to play for Uxbridge but rejoined the Geordies in 2021 and helped us gain promotion to Step 3.

Dwayne joined the club mid-way through the 2018/19 season. Since then he has been ever present in the 'back 4'. He has previously played for Chesham United, Potters Bar and Harpenden Town. Remarkably as a central defender, he scored 15 goals for Harpenden in their 2017/18 campaign. Dwayne loves a header and has scored a fair few for the Geordies over the last few years. 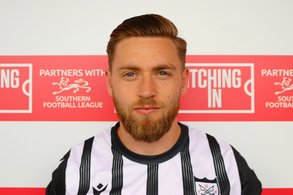 Jack rejoined the Geordies in 2019 after a playing for the club in 2016. He is a very clever midfielder who works tremendously hard. Jack was part of the Wealdstone side who gained promotion to the National League in 2014. He has also played for Beaconsfield Town, Staines Town, Ware and Chalfont St Peter 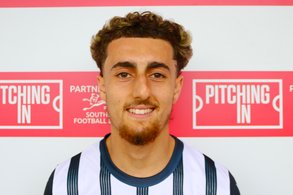 After being picked up at a Sunday League Cup Final, Adam heads into his second season with the Geordies. A tricky, pacy winger who causes problems for defenders. Adam had a brilliant pre season and scored Hanwell’s first goal at Step 3 in our opening day match against Truro City. 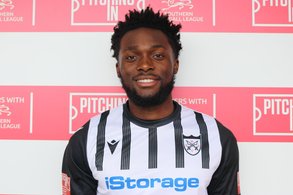 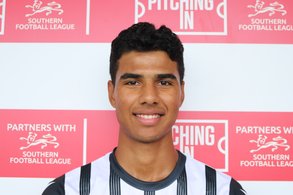 Joining from South Park, Mat came to our attention in our league game against the Sparks. Mat has previously played for Redhill FC. We look forward to seeing Mat play for the Geordies this season. 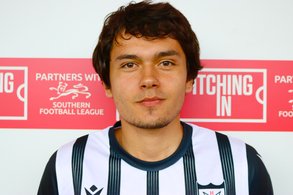 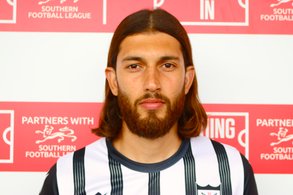 George joined us from Potters Bar in 2021. An impressive signing he  has been ever present in the Hanwell squad since his arrival. Starting out at Hemel Hempstead Under 18’s George impressed a Notts County scout watching and soon signed a professional contract, he traveled to Italy with them where he played in the famous fixture against Juventus. George lists his previous clubs as Wealdstone, Northwood and Potters Bar. 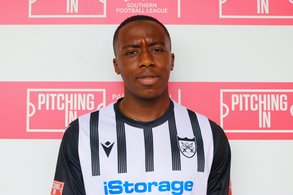 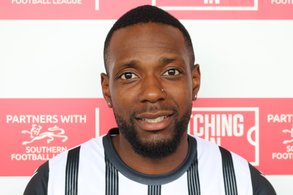 Chid is a player we’ve been after for a few seasons. He lists his previous clubs as FC Romania, St Albans, Hendon, Chesham and Hayes & Yeading. The striker had a difficult pre season, picking up a couple of injuries but we’re excited to see him at full fitness! 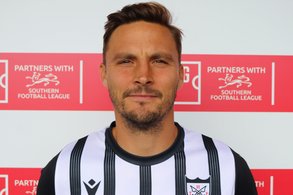 Sam joined Hanwell last season. A good friend of Mooro’s, Sam wasn’t ready to hang up his boots just yet! The ex-pro made 170 appearances for Brentford, along with over 125 appearances for Dagenham & Redbridge and over 50 for Wycombe Wanderers. Sam is currently assistant coach of the Brentford B Team and is a regular commentator on Sky Sports. 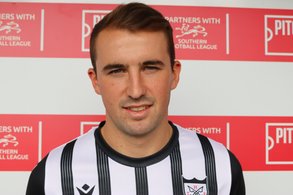 A new signing from Tooting & Mitcham, Mark caught the eye of our management team last season. He joined Tooting in 2020 after previously playing for Edinburgh University, the Scottish University National Team! He spent 8 years studying Architecture in Scotland and has helped design Premier League & EFL Clubs training grounds & stadiums. After an impressive pre season, we look forward to seeing Mark in action. 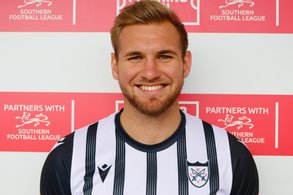 Connagh joined Hanwell Town this season from Bedfont Sports who he joined after returning from his scholarship in America. While in the States, Connagh played for the University of Houston - Victoria while studying General Business. He later went on to play for AHFC Royals and Brazos Valley Cavalry who play in the USL2! Connagh is a tall, strong defender and scored a number of goals for Bedfont last season.

Another player who joined at the start of the 2019/20 season. Unfortunately an injury in a pre season game at the start of this season has ruled him out of the squad currently but he is closing in on a return. He joined us from Chalfont St Peter having previously played for Chesham United for whom he made 21 first team appearances having progressed through their Under 18 set up. A very quick defender with the ability to turn defence in to attack in a flash.