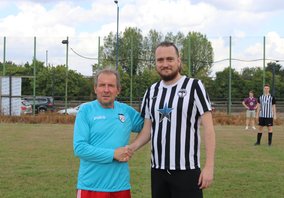 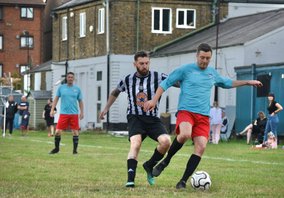 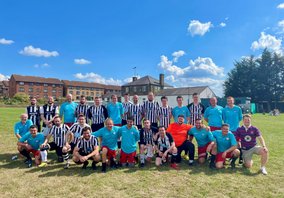 Amongst the many good things that have come out of Hanwell Town reconnecting with its Geordie roots in the last couple of years, is the now annual Geordie Cup football match. The idea came about when The London Newcastle United Supporters Club sent Hanwell a private message on Twitter. They suggested a friendly against a Hanwell fans team with the proceeds going to the Sir Bobby Robson Foundation. Of course, we were only too happy to host and the fixture has now been played twice.

The first match took place on 30 August 2021 on the back training pitch before the first team’s game in the Isthmian League South Central Division against Northwood. We played 11 a side and such was the popularity of the match, we had about ten subs. The London Newcastle United Supporters Club plays regularly against the likes of the London Supporters Clubs of Lazio, AC Milan and Panathinaikos so we knew we had our work cut out.

It was a warm and overcast summer’s day and it was a very close game. The combined ages of the Hanwell team significantly outweighed the younger and quicker Newcastle side. Naturally, Newcastle got to wear the black and white stripes as the original Geordies. Hanwell fans wore the Hanwell Town away strip and had the opportunity to pretend to be Hanwell players for the day. Thanks to some cool finishing from Dan Phillips and JJ, some heroics from man of the match Stan the cat in goal and a few ringers from Glyn’s weekly match at Trailfinders, Hanwell fans edged a tense encounter ending in a 5-4 win to Hanwell. A special mention to the, at the time, injured Gareth Chendlik in his managerial debut, he had quite a job keeping the huge number of subs happy.

The second game was played on 27 August 2022 before Hanwell’s match against Tiverton Town in the Southern League Premier South. It was on the training pitch again, but this time it was a nin a side with smaller goals and Idris kindly agreeing to go in goal for the fans’ team in Stan’s absence.

It was a very tight affair on a hot day and with the small goals and impressive goalkeeping performances from both sides, goals were hard to come by. As in the first game there were rolling subs, but with Idris in goal, Glyn at the back, Phil in the middle, Tom G on the right and Dan Phillips up front, we were ever present. It was goalless at half time before a Dan Phillips strike won it early in the second half for Hanwell.

Huge thanks should go to Glyn for organising and captaining both games and also to the London Newcastle United Supporters Club who brought a really great group of lads to both matches. Both games were competitive but played in very good spirits. We wish the Newcastle team luck for next year and they’ll no doubt want to avenge the two very close defeats next year. 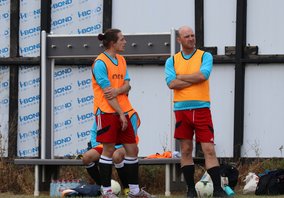 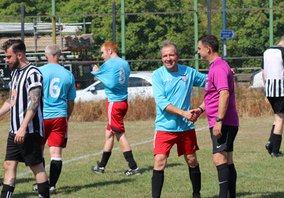 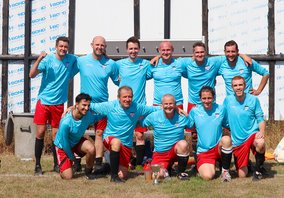 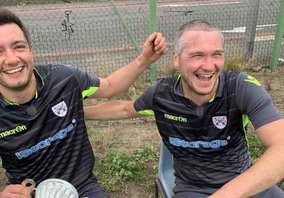 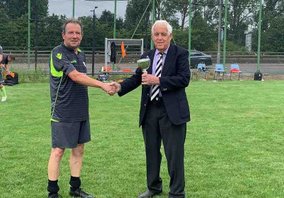