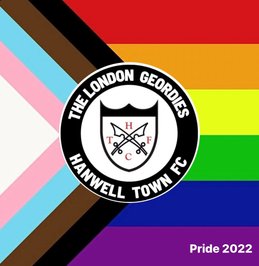 The origins of Pride are more political than a celebration. It started off as a response to a police raid at the Stonewall Inn, a popular LGBT+ pub within Greenwich Village in New York, on 28th June 1969.

At that time, members of the LGBT+ community, and all LGBT+ venues, were closely monitored by the authorities. Several state laws sought to curb what was defined as transgressive behaviour - a violation of moral or social boundaries. For example, people were required to wear at least three pieces of clothing that were appropriate to their biological sex in an attempt to curtail drag.

Although raids often happened, the authorities would typically tip off the bar owners that one was imminent however, this did not happen this night. Views differ on what made this night different and why people suddenly decided to fight back.

When the police raided the venue, they took those arrested outside but there was a delay in the arrival of the police vans that were expected. Gradually a large crowd had gathered and when a woman, struggling with four officers, cried out for help it led to what we now know as the Stonewall Riots.

A year later, people got together to commemorate the event and how those involved had stood up for themselves and their community. It became an annual event which was named Gay Pride to indicate that those involved were proud to be who they were. 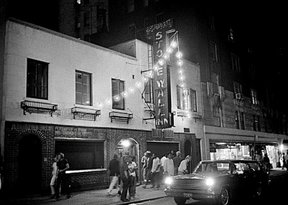 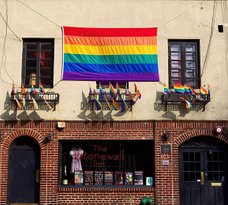 In the 1950s, the UK government set up a group to look at how gay men were treated under the existing legal system. They published a report that recommended that the law in place at the time should amended.

At the time, the law classified homosexual activity as illegal and punishable by life imprisonment. In respect of women, her private life wasn’t criminalised, as such the law ignored lesbians. The government didn’t make the recommended changes at first and gradually more and more people started to campaign for the equal rights. In 1967, the Sexual Offences Act was passed which decriminalised private homosexual acts between men aged over 21. The law was not however changed in Scotland until 1980 and in Northern Ireland until 1982.

In 1972, the first Pride festival calling for equal rights took place in London in July with around 2,000 people taking part. By 2019, over one million people celebrated Pride in the UK's capital and similar events now take place all over the country and worldwide.

In the last couple of years the focus of Pride events, in the UK at least, have started to move on from these equal rights achievements. Typically they now aim to address LGBT+ related social and self acceptance issues. 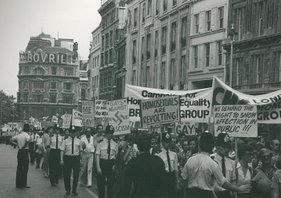 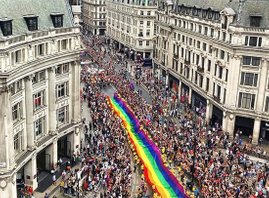 Arguably the most colourful of any flag, the rainbow flag has a history of its own. Although very well known, the flag was not always the emblem of the LGBT+ community.

Initially the pink triangle symbolised the community. It originated in Nazi Germany where those whose sexuality did not conform with traditional ideas were forced to wear it. Therefore it was felt that something more positive was needed.

The rainbow flag was designed by Gilbert Baker. The original with eight different coloured stripes was flown at Pride March in 1978. Due to fabric shortages the pink and turquoise stripes were dropped. Each colour has a meaning: Red for life; Orange for healing; Yellow for sunlight; Green for nature; Blue for serenity and Purple for spirit.

As you maybe aware, the flag has been updated in recent years with the expansion from L&G, to LGB, to LGBT and finally LGBT+. However, that’s definitely a tale for another time. See you next week for ‘Pride in Football’. 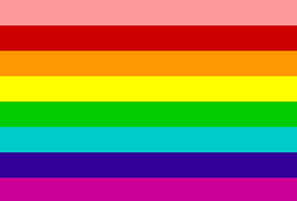 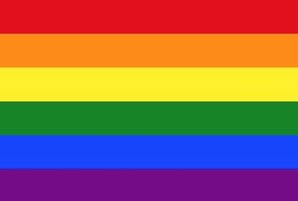 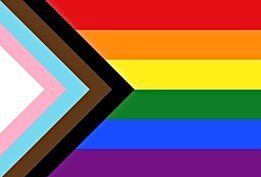