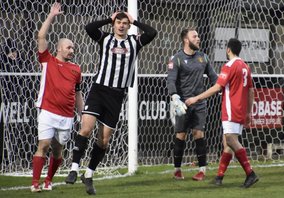 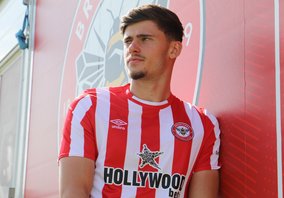 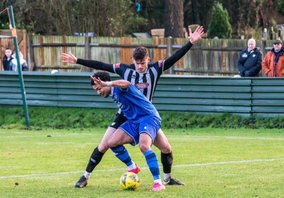 Edon Pruti is a man who needs no introduction to Hanwell Town fans, but here goes anyway!

Edon came to us from the Burnley youth set up in March 2021. He made an immediate impact scoring Hanwell’s only goal in our historic Middlesex Senior Cup win in May 2021. He went on trial to QPR B in October 2021, while still playing for us, before moving on to Slough Town in the National South in January 2022. He quickly established himself in the centre back positon. More recently Edon has signed for Brentford B on a one-year contract with an option of an additional year.

I sat down with him (virtually) last week to catch up.

1. It’s been a little while since we last spoke to you, how are you doing?
Yeah, I’m doing very well thanks Tom. I’m really enjoying my football, especially now I’ve just signed for Brentford of course.

2. I saw you in the crowd at Hanwell’s playoff final against Chertsey back in May. Did you enjoy the day?
I had to watch the boys play in such an important game and they didn’t let me down. It was such a great day and such a proud moment for me watching them.

3. How did the Slough move come about?
The Slough move came about in January/February time after I’d been playing for Hanwell and I’d been doing quite well. We’d been on that terrific run where we kept about 5 or 6 clean sheets on the bounce and we were winning every game. They just made an approach and they said “look we want you to come in and play” and I felt like personally it’s what I needed. I wanted to progress as a footballer as much as I could and I felt like playing for Slough was the best thing for me as a next step.

4. What was it like playing in the National South?
It was great as there are some massive clubs in that league: Dulwich, Ebbsfleet, Dartford. Some clubs with lots of history and it was huge to play in those sorts of games. I definitely felt like I had improved because of it. I became more physical and it added to my overall game. I really enjoyed playing at that level and I’d definitely recommend it for any young players who want to really develop themselves.

5. What was your favourite game or moment at Slough?
It’s got to be scoring for them against Maidstone who were top of the league at that time. We won the game, it was my first goal and it was at home. So I think all of those things combined just made it the perfect moment.

6. You’re linking up with Sam again, how did the latest move come about?
Yeah of course me and Sam used to be teammates at Hanwell. I messaged him to get some more training with his Brentford B team set up. I just wanted to make myself extra fit, extra sharp and I seemed to be training quite well with them. Afterwards he said “we want to sign you from Slough, would you want to sign here?”. I responded with “absolutely” as it’s definitely the right thing for me.

7. Tell us a bit about what life will be like with Brentford B: Who you’ll play against? What you’re most looking forward to?
Brentford B will be full time professional football. Training every day, a gym programme, spending all day at the training ground which is I what I need to help me develop in my career. We’ve got some exciting games coming up. We’re going to be in the Premier League Cup and hopefully we can do well in that. We have some international tours lined up like the Atlantic Cup, I am really looking forward to that.

8. Finally, do you have any favourite memories from Hanwell?

I think it’s got to be the Middlesex Cup Final. I’ll never forget that game no matter what happens in my career. It was great playing for Hanwell in that final especially after the run we’d had. Scoring the header and celebrating with Gareth - I remember him throwing beer at my face. He was injured and was with the our crowd of supporters. I received man of the match too,  I guess you could say it was a ‘good day at the office’. 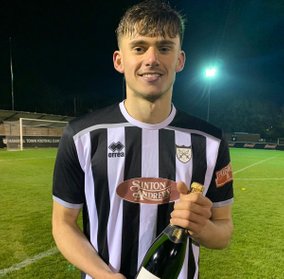 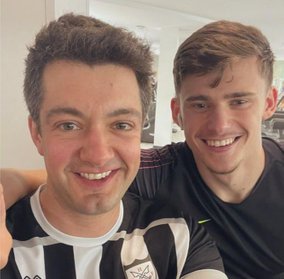 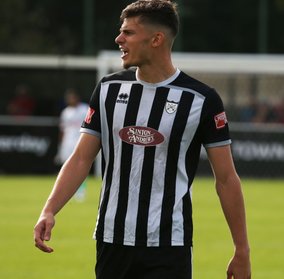