Travelling to meet second in the table Weston Super Mare (WSM) who had suffered two 3-0 defeats in the previous seven days before a crowd of 786 we had high hopes of getting something from the game. Albeit we knew that one of the defeats could have been anticipated having been an away game against Conference Premier Division side Barnet in the 4th qualifying round of the FA Cup.

It was not to be however as the home side, aware that their midweek defeat against Chesham had been their first league defeat at home for over a year, were very quickly out of their blocks and dominated the opening thirty minutes of the game with some excellent play and quick exchange of passes and it was such a move that led to their first goal in the tenth minute with Dayle Grubb slipping the ball through the centre of our defence leaving Jordan Bastin to slide the ball past a helpless Hugo Sobte into our net.

The home side continued to dominate the game with our only effort at the other end being when Shomari Barnwell shot wide with his favoured left foot. There was constant pressure on our back line with both of the home team’s full backs constantly joining in the attacks out on the flanks. When we did get on the front foot our attacks quickly fizzled out with Luke Purnell virtually a spectator between the home team’s goalpost. WSM were forced into a change in the thirty fifth minute with Jay Murray replacing Marlon Jackson. Shortly before the half time whistle, the home side scored again due unfortunately to an error by Dan Carr. He intercepted a long cross field ball but dwelt on the ball and was robbed by Bastin who raced away to round Hugo before turning the ball into an unattended net.

The early minutes of the second half continued in the same vein with the home side in control and their Assistant Player Manager full back Scott Laird was unfortunate to see his header deflected over the bar from a corner kick by Bastin. However, to give our side great credit we began to get a foothold into the game although it was not until an hour had passed before Purnell was brought into action as he saved a fierce shot from Daniel Rowe after he had been set up by Adam Laaref.

Shortly afterwards an excellent move down the left involving Isaac Olorunfemi and Adam culminated in Adam firing just wide of the far post. We made two substitutions in quick succession with Matt McKenzie and George Nicholas replacing Lewis Cole and Kain Adom. These changes gave us more presence in midfield and we began to get on top and with any luck we might have reduced the deficit.

Firstly a long ball forward with ten minutes to go found Shomari in space on the left bearing in on goal. He attempted to chip the ball over the keeper who just got a hand to it managing to deflect it wide of the post. Then from a corner kick five minutes later the home side failed to clear the ball. In a goalmouth scramble, George had a fierce shot charged down in the home goalmouth and the rebound shot was blocked on the goal line.

From this scramble the ball was cleared upfield and Hugo made a great save from Grubb but the ball rebounded into the path of Murray who blasted it goalwards and then just over our line much to our disappointment. So in many ways a game of two halves with much credit to our lads for their huge endeavour throughout the ninety minutes. 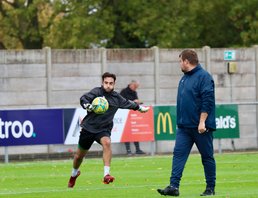 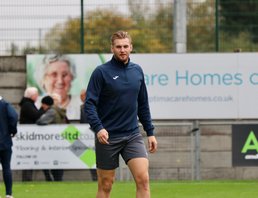 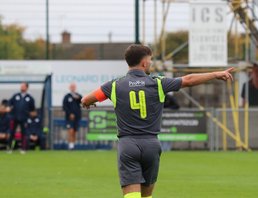 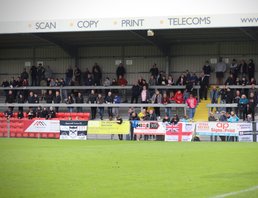 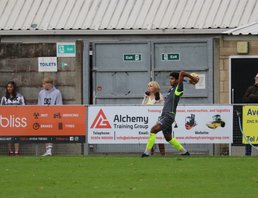 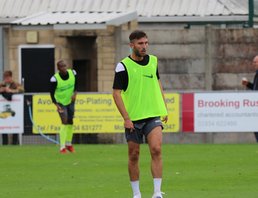 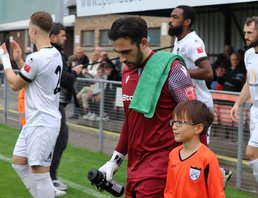 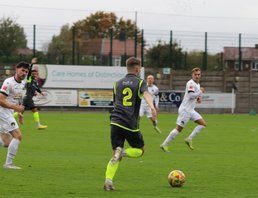 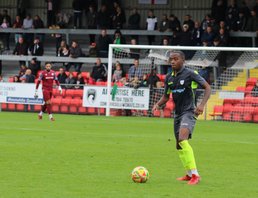 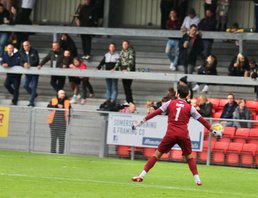 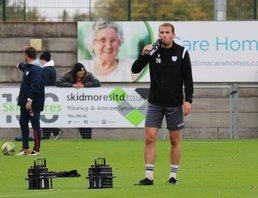 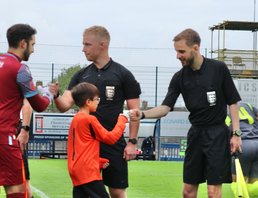 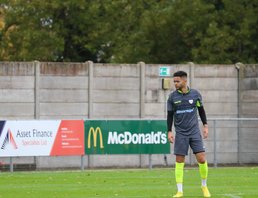 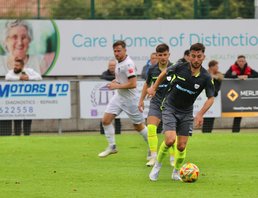 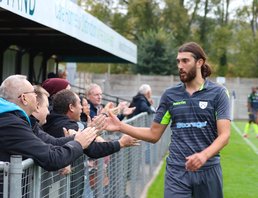 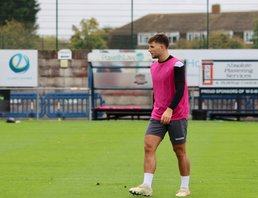 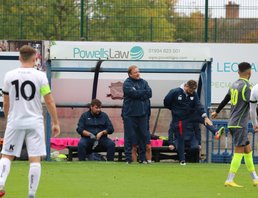 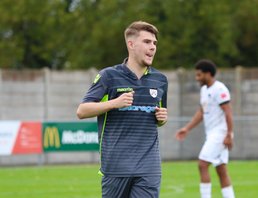 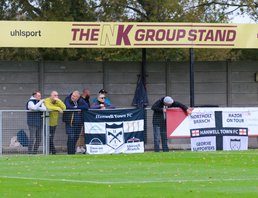 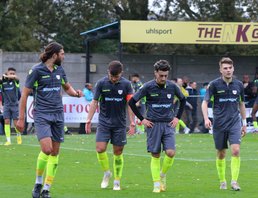